What is Black Box Testing?

We mentioned the software testing processes in an article in the blog page. This technique can be a part of 5th step of processes chart.

Black Box testing techniques can be generated from requirements documents or design specifications. So testing can start right after the requirements are out. With Black Box testing method, we can test any system such as Linux, Website, Database or our own applications. Our aim is not to focus on the functionality of the code, but only on the inputs and outputs, and in this way, we can use our time more efficiently.

What are Black Box Testing Techniques?

To give a simple example, 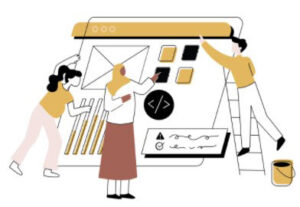 The purpose of the equivalence classification testing technique is to eliminate sets of input data that make the system behave in the same way and produce the same result when testing a system. Our aim is not to perform the test repeatedly for the inputs that we will get the same result because of the time constraint. The equivalence classification test enables the dataset that gives the same result when executing a program to be defined as an input condition and classify them as an equivalent dataset. If we classify on the basis of the above example, we create clusters such that a value between [1–10] within the valid range, a value from the range for values ​​less than 1, entering a negative value, and a value for values ​​greater than 10, and determine the test entries.

What are the Black Box Test Types?

We will discuss each of the Black Box test types in detail in our upcoming articles. But now we would like to talk briefly.

This black box testing technique is related to the functional requirements of the system. Software is written in modules and components. It is a test to make sure that the modules that make up a whole system work as expected. We can give an example like this, we have a module that performs currency conversions, simply our test entries should be like this.

6- A value that is not a number

It can be seen from the above input values ​​that 4 inputs should be valid and the last 2 inputs should give an error message. Tests performed in this way are called functional tests.

In this test method, the quality of the software to be tested is usually checked. Quality depends on the time, accuracy, stability and durability of a product under various adverse conditions. In fact, they are tests made to ensure that the developed software works smoothly and efficiently in all conditions according to the expectations of the user.

This type of testing is to ensure that if we make changes to the software anywhere during software development, it doesn’t unexpectedly affect other parts of the system.

What Are The Pros And Cons Of Manual Testing